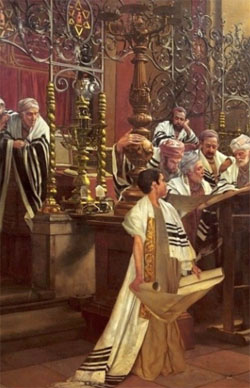 Bar Mitzvah (Hebrew: בַּר מִצְוָה, bar mitzvah‎) and Bat Mitzvah (Hebrew: בַּת מִצְוָה, bat mitzvah‎) are Jewish coming of age rituals. Bar "בַּר" is a Jewish Babylonian Aramaic word meaning son, in Hebrew it's Ben "בֵּן". Bat "בַּת" is Hebrew for girl, and Mitzvah "מִצְוָה" is a commandment and a law. According to Jewish law, when Jewish boys become 13, they become responsible for their actions and become a Bar Mitzvah (plural: B'nai Mitzvah). The age for girls is 12-18. In addition to being considered responsible for their actions from a religious perspective, B'nai mitzvah may be counted towards a minyan (prayer quorum) and may lead prayer and other religious services in the family and the community. The age of B'nai Mitzvah was selected because it roughly coincides with physical puberty. Prior to a child reaching Bar or Bat Mitzvah, the child's parents hold the responsibility for the child's actions. After this age, children bear their own responsibility for Jewish ritual law, tradition, and ethics and are able to participate in all areas of Jewish community life.

I have a great deal of both personal and professional experience which makes me eminently qualified to work with Jewish children in preparation for their Bar/Bat Mitzvah. I offer a wide variety of services based on the individual needs of each family I work with. The relationship begins with a consultation, during which I decide the best method of teaching the student. I personally tutor each student in person or via email and provide them with all the necessary materials.

Aliyah to the Torah

The widespread practice is that on the first Sabbath of his fourteenth year, a boy is called up to read from the weekly portion of the Law (five books of Moses), either as one of the first seven men or as the last, in which case he will read the closing verses and the Haftarah (selections from the books of the Prophets); and if he be unable to read, to recite at least the benediction before and after the reading. (Calling someone up to say the Torah blessings during a service is called an Aliyah, from the Hebrew: עלייה hebrew from the verb la'alot, לעלות, meaning, "to rise, to ascend; to go up"). He may also give a dvar Torah (a discussion of some Torah issue, such as a discussion of that week's Torah portion) and/or lead part or all of the prayer services. In non-orthodox circles, the above applies to a girl at the time of her Bat Mitzvah as well. Since Synagogues are not always available here in the Dominican Republic, Bar/Bat Mitzvahs can be done at a hotel that has private rooms for different occasions.