History of Jews in the Dominican Republic 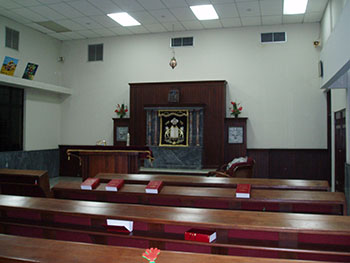 The first Jews known to have reached the island of Hispanolia were Spanish. When the island was divided by the French and the Spanish, most Jews settled on the Spanish side which would later become the Dominican Republic. Eventually, Sephardim Jews from other countries also arrived. In the 19th century Jews from Curacao settled in Hispaniola, although they did not form a strong community. Most of them hid their Jewish identities or were unaffiliated with Jewish tradition by that time. Among their descendants were Dominican President Francisco Henriquez y Carvaja and his son Pedro Henriquez Ureña.

The Dominican Republic was one of the very few countries willing to accept mass Jewish immigration during World War II. At the Evian Conference, it offered to accept up to 100,000 Jewish refugees.  The DORSA (Dominican Republic Settlement Association) was formed with the assistance of the JDC, and helped settle Jews in Sosua, on the northern coast. Over a period of time, about 700 European Jews of Ashkenazi Jewish descent reached the settlement where they were assigned land and cattle.

Other refugees settled in the capital, Santo Domingo. In 1943 the number of known Jews in the Dominican Republic peaked at 1000. Since that time it has been in constant decline due to immigration and assimilation. The oldest Jewish grave is dated to 1826.